How Do I Protect Myself and Others From Falsehoods Masking As Christianity? 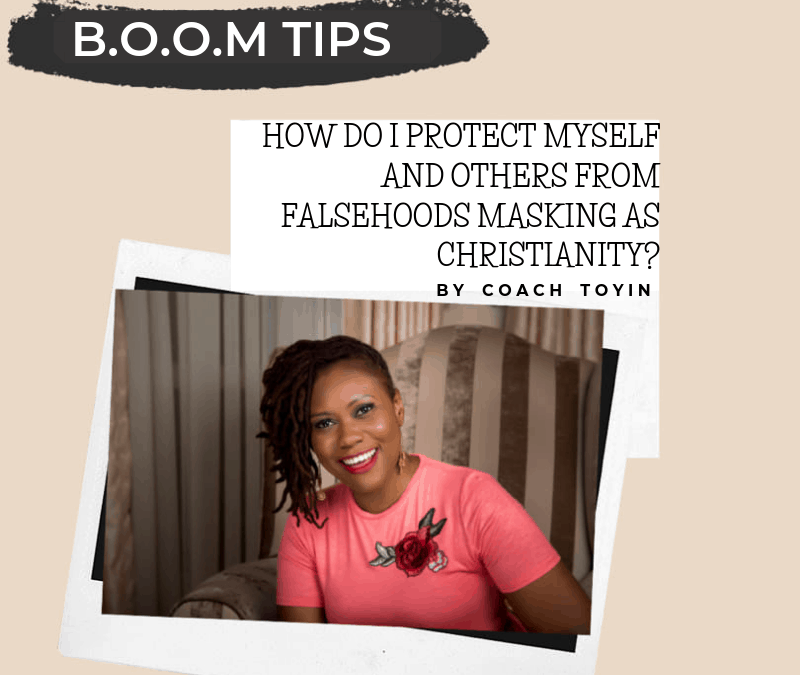 HOW DO I PROTECT MYSELF AND OTHERS FROM FALSEHOODS MASKING AS CHRISTIANITY? 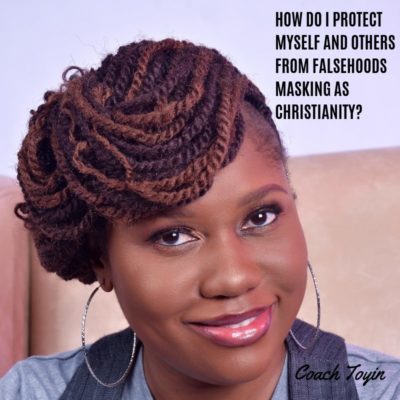 HOT POTATO. Shocking reports of ‘Christian ministers’ doing ‘shocking things’ in the name of Christianity abound. Many enjoy to mock the spectacle, but others genuinely want to know, HOW DO I PROTECT MYSELF FROM FALSEHOODS MASKING AS CHRISTIANITY😐?

Many people claim to speak for Jesus, but some are just presenting a false/incomplete gospel that gives desperate/vulnerable/unsuspecting people the ‘spectacular’ that they are itching to hear. A person that is misled by the false/incomplete, is blindsided from or eventually resistant to the truth that actually has power to save😥.
Not to mention the fact that the world thinks these falsehoods represent what following Christ looks like😭.

So, on Wednesday, Friday and Sunday this week, follow Coach Toyin’s B.O.O.M TIP posts as we tackle this hot potato topic. I only dare to tackle this because it is what The Narrow Gateway is all about:
1) we dare to explore God’s truth
2) we put aside counterfeit beliefs in our lives
3) we align to God’s truth even if mainstream culture stands at odds😉💥.

UNMASK THE LABEL 1 John 4:1 says “Test every spirit, whether they are of God, because many false prophets have gone out into the world.”

In Matthew 7:13-24, Jesus also warned that we “beware of false prophets”. He went on to say, “you will know them by their ‘fruits’ and ‘”Not everyone who says to Me, “Lord, Lord” shall enter [my] kingdom, but he who does the will of My Father …” 💥

In other words 💥:
1) Understand that many falsehoods have infiltrated the message of Christ. Because it has the label ‘Christian’ on it, does not make it ‘of Christ’
2) 💥Therefore, receive all teaching prayerfully and with caution (not sarcasm or suspicion) and test it against the letter and spirit of the Word of God. Does it produce the fruits of the Spirit? Love, joy, peace, patience, kindness, goodness, faithfulness, gentleness, self-control (Galatians 5:22)? Does it lead followers to be more like Christ was/is and to live lives of increasing submission to God? If not, unmask the label, call it the falsehood/incomplete gospel that it is and walk away from it. 🚶‍♂️

Ours is an age of ongoing commentary. Social media gives us loud voices, and we don’t hold back when yet another ‘Christianity’ scandal breaks out. That’s cool, because like I shared on Wednesday, God wants us to ‘test every spirit’. BUT Child of God, do not stop there❗‼!

Through the way you live as well as what you express to the world, ACTIVELY, VOCALLY AND SPECIFICALLY CONTRAST THE FALSEHOOD WITH THE TRUTH. Don’t sit back and allow the falsehood to bear/retain the ‘Christ’ label; tear off that label and proclaim to the world who Christ really is and what following Him really looks like. 💥

Child of God, you are the light of the world💡.Let your light so shine before the world that the falsehood dims in comparison and is exposed as an obvious fake. Don’t ever allow the false to be louder than the truth😮😉.

DON’T THROW THE BABY OUT WITH THE BATH-WATER 😥. Have you been wounded by falsehoods masking as Christianity? Have you given up on Jesus Christ totally because you have seen too much scandal in the hands of so-called Christians😐? I want to say to you, my heart cries with and for you ❤. I feel you and know that Jesus feels you way more. So often, Jesus demonstrated that He will fight vehemently for anyone who is being barred out of experiencing the truth about God because of folks who have perverted the gospel/religion.

Case in point, the woman who the Pharisees brought to Jesus for Him to stone her because she had been caught in adultery (John 8:1-11). The Pharisees wanted to kill her out of self-interest, and they plastered a label of religion on their plans and wanted Jesus to approve. Jesus wasn’t having that😐. The first thing Jesus did was to protect the woman (who had indeed sinned) from those who would condemn her through their perverted and self-interested approach to religion. He showed her His heart by saying to her “I also do not condemn you. Go and sin no more.” (John 8:11)❤.

Have you been wounded by falsehoods masking as Christianity? Jesus wants you to get to know Him, not the perverted version you may have been exposed to. He wants to free you from all shackles that falsehoods may have put on you, and He wants you back in His fold so you can experience Him as He really is. Would you like that? If so, DM/Email me and I’d love to send you some material to help you❤😉. 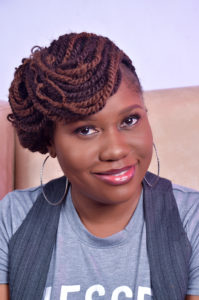 As always, I end this by saying, I am Coach Toyin, fully convicted by my own words and very much still under construction in the hands of the Father.