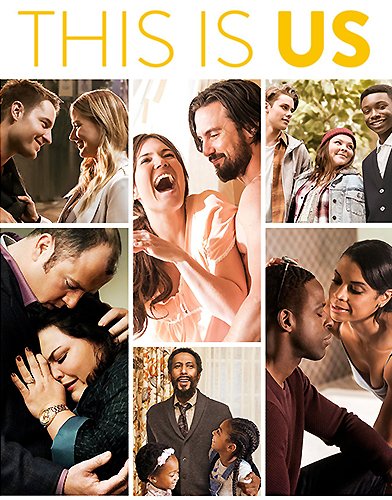 Rebecca Pearson once had a difficult pregnancy with triplets. The resulting births occurred on the same day as her husband Jack Pearson’s thirty-sixth birthday. The series explores the stories of the past and present of the characters and is presented at different points in time with most scenes taking place in past, and the present day.

Kate and Kevin are part of a triplet pregnancy; unfortunately, their biological brother was stillborn. Their parents, Jack and Rebecca who are fixed on the “original plan” to bring home three babies, decide to adopt another newborn: Randall, a black child born the same day and brought to the same hospital after his biological father abandoned him at a fire station.

The Rebecca and Jack stories generally take place during the early stage of their marriage, surrounding the birth of the three children, or at different phases of the children’s upbringing, which was not always smooth sailing for any of the five. Separate stories concerning Kevin, Kate and Randall are also presented in their adult years, each who has his or her own baggage resulting from that upbringing: Kevin who was generally the neglected one because he had no outward issues; Kate who has always had weight issues; and Randall, the gifted one, being the visible outsider.

TARGET AUDIENCE:  Ages 13 and above, with Parental Guidance

The series features heartstring-tugging family drama. The stories demonstrate the emotional ties that exist not only because of being family, but also because of four of them having the same birthday and some of them having always been together, since conception.

It is refreshing departure and respite from the relational violence and other pessimisms featured in a lot of what is on offer.

Colossians 3:13 [Bearing with one another and, if one has a complaint against another, forgiving each other; as the Lord has forgiven you, so you also must forgive]

1 Corinthians 13:13 [So now faith, hope, and love abide, these three; but the greatest of these is love]

WHO SHOULD WATCH THIS? :

Everyone who wants positive content with a well told story line. #InMyOpinion

WHO SHOULD NOT WATCH THIS? :

Anyone looking for the “excitement” most of the reality series have to offer .  #InMyOpinion

After I watched the pilot episode, one word described what I thought of it…PERFECT! The show caught and kept my attention , I enjoyed all the emotions and family dynamics. The second episode topped the first by the way the past explained the present. I was eager to know how the stories moved forward and was beyond pleased that the show maintained the standard that it set forth from the very first episode.

A NOTE FROM TOYIN

The views expressed in the review are that of the writer. We hope you find the review helpful in your quest to find some #goodoldfun to #fillyourspaces without #diminishingtheGodlightinyou. We encourage you to remain prayerful about the entertainment content that you look to in order to #fillyourspaces. We encourage you to keep the biblical values of restraint and moderation in mind – 1 Corinthians 6:12: “I have the right to do anything,” you say—but not everything is beneficial. “I have the right to do anything”—but I will not be mastered by anything.”

If you would like to write a TV/Movie Review, a Christian Book Review or a “Gig Review” for The Narrow Gateway, please reach out to me on thenarrowgateway@gmail.com and check out why we do Entertainment Reviews, and our guidelines here